Seeking Isolde (and the Lost Land of Lyonesse) is a new 7+ family show (with original songs) about rediscovering a mythical Cornish Arthurian Kingdom.

The land of Lyonesse is said to have stretched the 21 miles from Penzance to the Isles of Scilly, but in the 6th century AD; the time of King Arthur, it sank beneath the waves. Divers have been trying to prove its existence ever since, but their finds have been inconclusive…until now.

Amateur diver Frank has been able to take advantage of unusual tidal patterns and discovered a jewel that proves Lyonesse was real!

Dan has been performing on the professional stage for 20 years starting at Hull Truck back in the mid-90s. He toured the world as an actor/musician in such shows as Danny the Champion of the World, Horrible Histories, (Birmingham Stage Company) Twelfth Night, Jamaica Inn, Much Ado About Nothing, Romeo and Juliet (Heartbreak Productions) The Maharajah and the Kohinoorr, Mr Tiger Goes Wild, Santa Saves Christmas and many more. He set up Standing 8 in 2017 and performed Go Down Swinging at the Royal and Derngate Northampton in June of that year. In September 2018, Dan was part of the team that created the sold out 60 Miles (by Road or Rail) at the same theatre.

Sara has written extensively for films, TV, radio and theatre. Her latest feature films will be receiving a general release in cinemas in the UK and India this May, while the comedy series she was commissioned to write for Lego has had over 200k views.
Most recently her play Richard III’s Cyber Horse, another play about climate change, was performed by a cast of 60 (age range 8- 21) for 2 nights in Leicester. She has also written a political satire for adults, which is due to tour later in the year with Minty Fresh Productions, following its sell-out London previews.

Melissa trained as an actress at the The Television Workshop in Nottingham. Her television credits include ‘The Amazing Mrs Pritchard’ (ITV), ‘Sons and Lovers’ (ITV), ‘Peak Practice’ (ITV), ‘A Thing Called Love'(BBC), ‘Doctors'(BBC), ‘Woof’ (Carlton) ‘Out of sight’ (Carlton) ‘Whizziwig’ (Carlton). Theatrewise she has had roles in ‘Glamour’, ‘Romeo And Juliet’, ‘Double Indemnity’, ‘The Midwich Cuckoos’, ‘Second From Last In The Sackrace’, ‘Dark Of The Moon’, ‘Evacuees’. She has directed & produced a number of theatre productions including ‘The Riots’, ‘Dracula”, ‘Alice in wonderland’, ‘Burying your brother in the pavement’, ‘Fur coat and no knickers’, ‘Dust’, ‘Headstrong’ ‘A million tiny plays about Britain’ & ‘Johnny and the dead’. She also runs Urban Young Actors in Leicestershire. 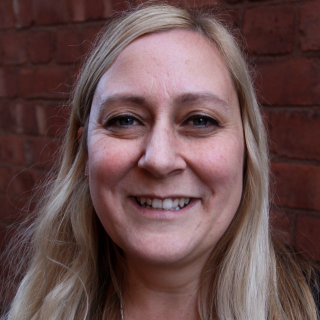 #waterloobridge at sunset in that #London
Waiting for action. BTS on the UK #Darbar shoot. #kollywood ❤️
#fish are awesome. That is all. #savetheplanet #savetheocean #sea